Today’s supply chain is so complex and interconnected that, in many cases, it really doesn’t fit the concept of a linear “chain” anymore.  It might be more accurate for some manufacturers to call it a supply web, and the GM strike kind of makes the point.

The United Auto Works (UAW) Strike against General Motors (GM), which began over four weeks ago, is beginning to create serious disruptions throughout their supply chain.  For GM, the supply chain is probably fairly linear, with specific automotive parts suppliers taking a specific place in their supply chain.  For example, GM may only have one supplier for an of axle, dash console, or seat for a particular vehicle.

When times are good, any one of these scenarios is a great deal for suppliers. On the other hand, when something like the GM strike happen, it can be devastating to a supplier.  Supply Chain Dive points to American Axle and Manufacturing as one company who’s found themselves in this type of situation, with 41% of its sales relying on GM.

Any supplier who depends on GM for a significant portion of their business will likely be forced to slow their own production and lay off workers.  According to an estimate from the Original Equipment Suppliers Association, approximately 100 suppliers have begun temporary layoffs, due to the strike, and approximately 12,000 workers have been laid off as of October 8th.

After being on strike for four weeks, it’s getting more difficult for suppliers to wait it out.  Even suppliers with a diversified customer base are missing the lost income at this point.

But Why Should It Be Called A Supply Web? 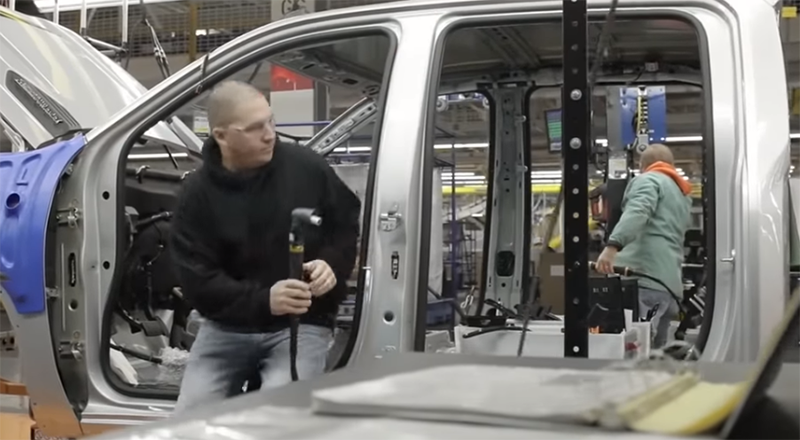 So far, we’ve only been thinking about primary suppliers – suppliers who are directly supplying GM with components and other things directly related to their production.  What about the suppliers who supply those first line suppliers?

Each one of those manufacturers has their own supply chain too.

So let’s think this through by way of example:

The GM strike not only affects their own supply chain, but it affects a much larger number of manufacturers that are part of that supply chain.  With this kind of inter-connectivity, the supply chain really operates more like a web of vendors that all work interdependently.

It’s entirely possible that the GM strike could have ramifications in international markets too.  At the very least, the strike is bound to create a hiccup in non-US supply chains.

How To Minimize Impact

As manufacturers, we obviously have no control over a situation like the one that GM is facing.  Any one of the customers that we sell our products to can suddenly stop placing orders.  It can be damaging to our business, but it doesn’t need to be devastating.

That’s why it pays to have a robust and diverse customer portfolio.  Whether you lose a customer temporarily or permanently, you may feel the loss, but it won’t create a significant impact on your business.  Most companies are fully aware of this type of strategy.

But do you need to worry about impact to your own supply chain?

What happens if one of your suppliers were depending on GM for 90% of their sales income and you are the only other company they supply?

In this type of situation, the longer the strike lasts, the less likely that your supplier survives.  Then you’re in the position of finding a new supplier on very short notice.

So how do you protect yourself against that?

Frankly, the best way to protect yourself against this kind of impact to your supply chain is to be choosey about who you partner with.  We’ve got some ideas about that here.

In today’s global economy, where the supply chain is really a supply web, and you never know where the next set of challenges are coming from, choosing the right partners is more important now than ever.

During this latest UAW strike against GM, there’s been a lot of focus in the media on the workers and how much striking is impacting them.  Obviously, GM also finds itself in the headlines with more than $1 billion lost so far.  The media also likes to point out that GM share are down about 9% since the strike began, which hits share holders, and union costs in “strike pay” are also part of the discussion.

Unfortunately, few are discussing the more far-reaching impact that the GM strike has on the supply web.  Thousands of people who work for GM suppliers are also being impacted by the strike with layoffs and pay cuts.  It just proves how interconnected manufacturing is today.

It also puts a big spotlight on how important it is to protect your own supply chain.